The Traverse Area Recreational Trail (TART) partnership with the Road Commission started in 1987. View a timeline of history of the partnership.

1987
The Michigan Department of Transportation (MDOT) committed to fund a non-motorized trail from Bunker Hill Road to Three Mile Road within the railroad right-of-way. The Grand Traverse County Road Commission accepted the proposed extension of the trail through to Traverse City as part of $25 million road plan proposal. Although the millage election was unsuccessful, the partnering with TART was successful in obtaining a $150,000 Rotary Charities grant that built the first phase of the path from Hastings Street to Three Mile Road in 1990. The City of Traverse City and Grand Traverse County built the bay-front portion of the trail to connect M-72 West to the trail at Hastings Street.

1993
The Federal Highway Administration (FHWA) established the enhancement grant program. These grants provided financial assistance to those citizens using "non-motorized" paths for recreational and occupational purposes. MDOT built the trail between 3 Mile Road and Bunker Hill Road at a cost of $730,000 in 1995. In 1997, MDOT, TART, and the GTCRC received an Environmental Excellence Award from the Federal Highway Administration for this facility.

1997
TART and the Board of County Road Commissioners worked together to prepare an enhancement grant application that would connect Bunker Hill Road and M-72. Features of all these path projects incorporated the visions of the newly adopted guidebook for Grand Traverse County.

Grand Traverse County Road Commission’s staff negotiated with MDOT to allow the $628,000 grant funds from a 1997 application to be used for 3 important connectors on the trail. The funds were utilized to construct the project’s 3 connectors.

2004
TART’s Executive Director and Road Commission’s County Highway Engineer worked together to gain the needed easements, not only for Phase C (Connector with the Leelanau Trail), but on Phase A (Acme), and Phase B (Bunker Hill) sections. The City of Traverse City prepared easement documents and other legal aspects of this project. Leelanau County Road Commission agreed to have its portion of the trail work completed by the Grand Traverse County Road Commission to make the work seamless.

The completion of the 3rd phase of "TART 4" marked the end of one of the many cooperative efforts between TART and the Road Commission. This project was birthed in 1997 when TART and the Road Commission Board worked together to prepare an enhancement grant application that would connect Bunker Hill Road and M-72. At that time, a new guidebook for Grand Traverse County had just been approved. This project was funded by negotiations with Michigan Department of Transportation (MDOT) staff to redirect $628,000 from a 1997 application for the 3 phases.

2006
The Road Commission and TART again collaborated as part of the 3 Mile Road Widening Project, to add the 3 Mile Road Trail as a connector between US-31 and South Airport Road.

2007
Federal funds were made available to the State of Michigan and through the Governor's Jobs Today Program for widening South Airport Road, between Garfield Road and Townline Road. As part of that project, shoulders on both the north and south sides of the road were paved 8-foot wide to accommodate non-motorized traffic. 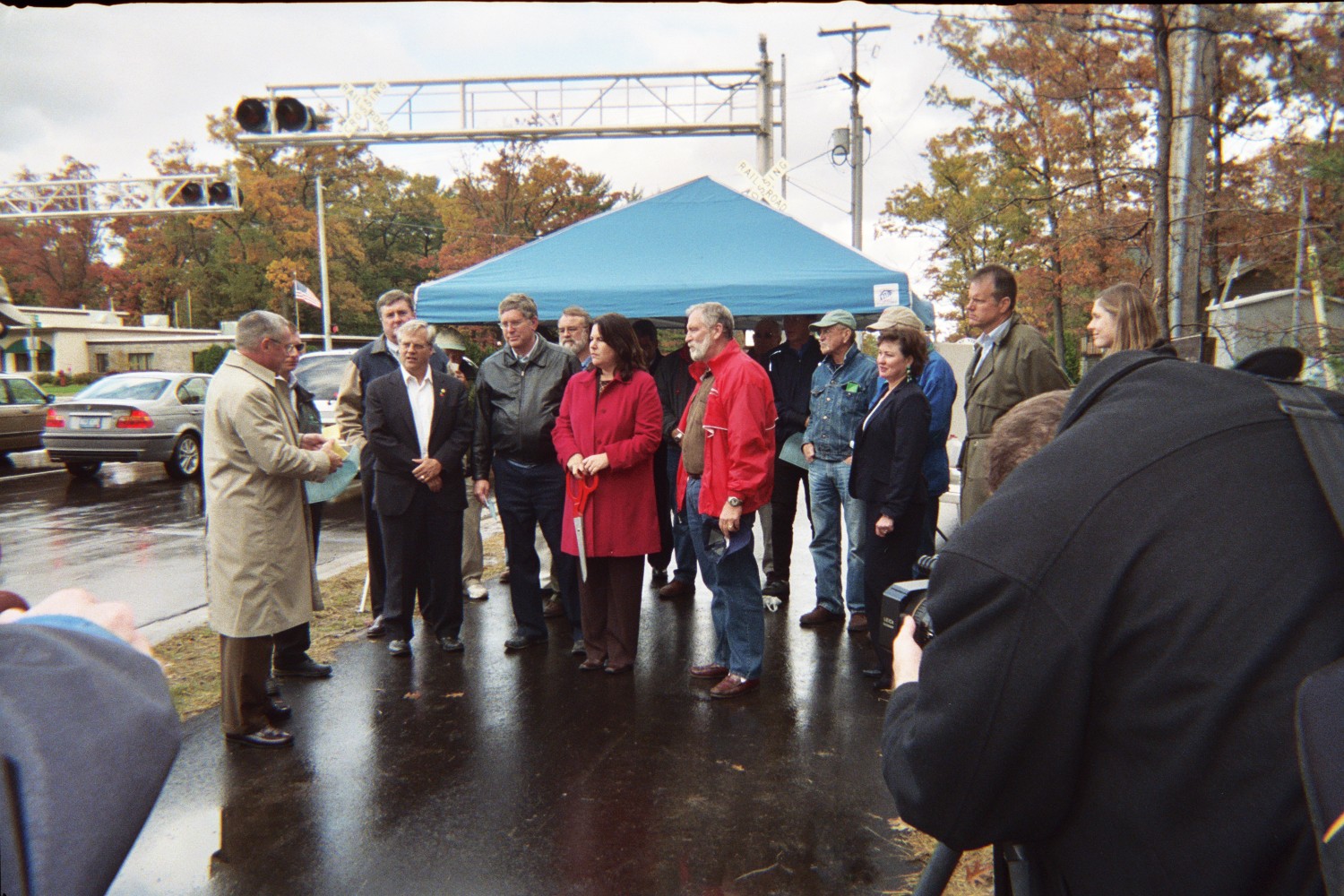 2010
South Long Lake Road Project was completed in the late fall for $713,000. It features shoulder widening and paving, overlay, sign upgrades, and clear zone tree removals. It starts north of Mud Lake Road in Green Lake Township and continues north to the curve at the intersection of Secor Road in Long Lake Township. This project meets Grand Vision criteria for long-term transportation improvements.

We have received up to $400,000 in Federal Safety monies for this project. The Traverse City Transportation and Land Use Study (TC-TALUS) has given $3,000. Long Lake and Green Lake Townships are providing $50,000 and $8,200 respectively. TART has donated $2,500 with a match challenge given to Cherry Capital Cycling Club. Long Lake Trails Association recently donated $7,000. The balance of the $313,000 match is being provided by the Grand Traverse County Road Commission. Our application for a Rotary Charities grant for $100,000 was not selected for funding.